Avi Liberman's quirky style has made him a favorite in comedy clubs from Los Angeles to New York. Born in Israel, raised in Texas, educated in New York, and now living in Los Angeles, Avi’s style is a winning combination of life experiences and topical issues told through a varied blend of characters and voices with worldwide expertise.

Josh is the Executive Director of the Jewish Future Pledge, a world-wide movement aspiring Jews of all backgrounds to commit to supporting the Jewish people and/or the State of Israel.

Thank you to our generous sponsors: 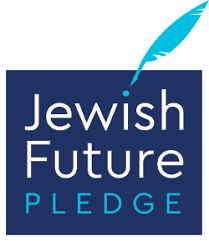